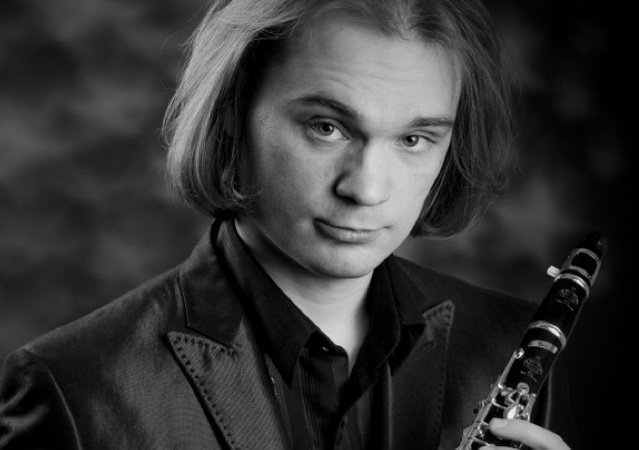 Clarinetist Mihael Paar started his musical education at the age of ten and graduated from the Music Academy (Prof. J. Tonzetic) in Zagreb in 2002. He continued his studies at the Mozarteum School of Music Salzburg with Prof. A. Brandhofer, earning his MA with distinction in 2006.

As early as the age of 15, Mihael Paar attracted attention for his debut performance with the Symphony Orchestra Windstrings performing Weber’s Concertino. Since then he has given numerous concerts and recitals in his home country and abroad, most notably highly praised soloist concerts with the Franjo Krezma Chamber Orchestra and Samobor Strings. He is the winner of the Padua and Ohrid International Competitions as well as the 3rd Prize winner of the Barletta International Competition. He was awarded a special prize by the Croatian Composers’ Society for the best interpretation of a work by a Croatian composer and he also received the Solti Foundation Award in 2010.

His performances include recitals and concerts at the established international festivals (Toronto Festival, Music Biennale Zagreb, Samobor Festival, International Music Festival Pula, Europassion, Osijek Summer Festival, Epidaurus) and concert halls (Mozarteum’s Great Hall, Walter Hall Toronto, Yamaha New York, Lisinski, HGZ). As a chamber musician, he is regularly invited to perform with the Zagreb String Quartet, Porin Quartet, Sebastian Quartet and Acies Quartet, whereas in the field of the orchestral music, collaboration with the majority of the Croatian symphony orchestras goes to his credit. In 2010 his work has been acknowledged by the Orchestra Academy Ossiach – the official Academy of the Vienna Philharmonics – which invited him to take part in the Academy projects. Eager to search for the authentic text of the repertoire, Mihael Paar is the first Croatian clarinetist ever to perform Mozart’s Clarinet Concerto and the Quintet in their original version on the basset clarinet.

Mihael Paar is the founder and artistic director of Camerata Cantilly, a classical wind octet as well as founding member of piano trios Paar-Philipp-Šulc and the Avangard Trio. He forms a clarinet-piano duo in a collaboration with pianist Srebrenka Poljak. From March 2015 he serves as a brand ambassador of the renowned American manufacturer D’Addario and has since been actively contributing to improvement of the Company’s woodwind products. He plays exclusively on Reserve Classic reeds.