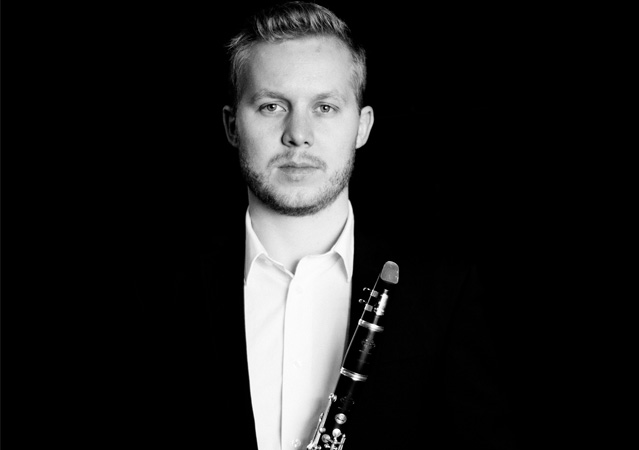 Mathias Kjøller, born in 1985, began playing the clarinet at age 10. In 2004 he entered the Royal Academy of Music in Aarhus, studying with John Kruse (Royal Danish Opera), and in 2007 – at age 21 -, he was appointed principal clarinetist in Aarhus Symphony Orchestra.

After finishing studies in Aarhus, Mathias entered the Royal Academy of Music in Copenhagen, studying with Lee Morgan (Royal Danish Opera) where he won the soloist competition and played the Nielsen Concerto with conductor Michael Schønwandt.

In 2013, he was awarded 2nd prize, Odense Symphony Orchestra’s prize and the prize for the best interpretation of the Carl Nielsen clarinet concerto in the International Carl Nielsen Clarinet Competition.

He has received received numerous awards and scholarships, among others the Sonning Scholarship for musicians, the Victor Borge Prize and the Danish Arts Council’s The Young Elite Scholarship.