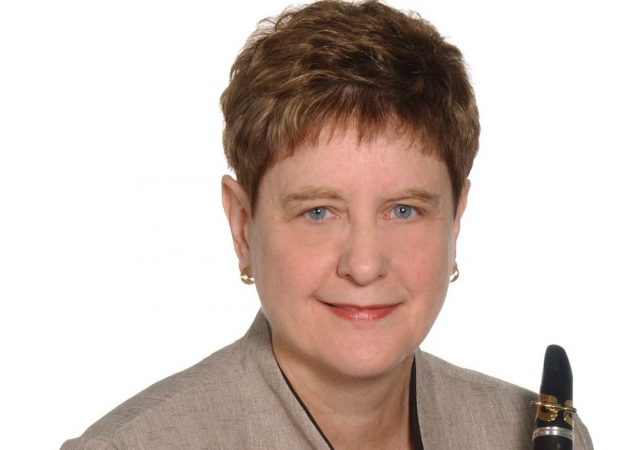 Kathy Pope is the Clarinet Professor at the University of Utah and has been active musically in the Salt Lake area for many years as a teacher, clinician, adjudicator, and performer.Ms. Pope is the Principal Clarinetist for Ballet West and also performs frequently with the Utah Symphony. She has played with the Opus Chamber Orchestra, Utah Chamber Artists, and has been a soloist with the Salt Lake Symphony. She is the National Clarinet Repertoire Consultant for the Music Teachers National Association. Her compact disc recordings, From Bach to Gershwin, Clarinet Kaleidoscope, and A French Soirée have all received critical acclaim. The American Record Guide cited her most recent CD, A French Soirée, as “absolute perfection” and The Clarinet said, “this recording is very worthy of any clarinetist’s library.”Ms. Pope has been very active in the International Clarinet Association including soloing at the conventions in Stockholm, Salt Lake City and Washington D.C. She was the conference coordinator for the 2003 convention at the University of Utah. She has served as coordinator for the Orchestral Audition and High School Competitions, and is the Utah State Chair. She was elected to the Board of Directors as Treasure and will serve from 2010-2012.Ms. Pope is an artist-clinician for both Buffet Crampon USA and Rico International.