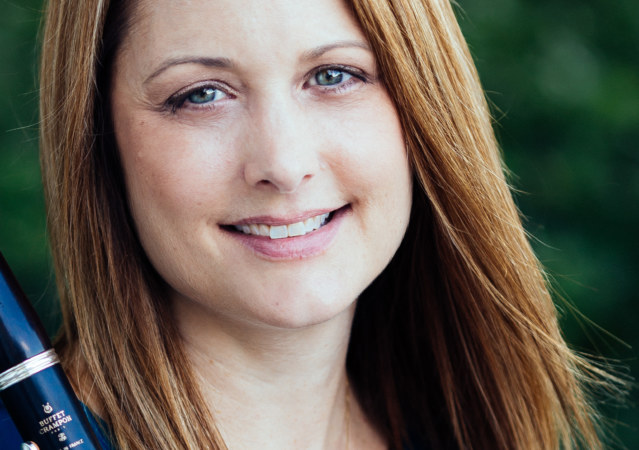 Kathleen Mulcahy is Director of Woodwinds and Assistant Professor of Clarinet at George Mason University. From 2014-2016, Dr. Mulcahy served as interim clarinet and bass clarinet with the National Symphony Orchestra and appeared with the orchestra on their 2016 European Tour throughout Spain, Germany, Austria, Luxembourg, and Poland. She continues to work with the National Symphony as an extra musician, and can also be seen performing frequently with the Kennedy Center Opera House Orchestra. Dr. Mulcahy has held tenured positions with the Annapolis Symphony, Buffalo Philharmonic, and ProMusica Chamber Orchestra. She is currently principal clarinetist with the Alexandria Symphony Orchestra.

An active chamber musician and recitalist, Dr. Mulcahy performs regularly on the Faculty Artist Series at George Mason University and has been a featured soloist with the Mason Wind Symphony and Symphonic Band. She has performed on chamber series in venues such as the Kennedy Center, the National Gallery of Art, the German Embassy, and the National Cathedral. In July 2017, she performed the world premiere of Howard Buss’ Divertissements for Clarinet and Percussion at the International Clarinet Association’s Clarinetfest in Orlando, FL. Dr. Mulcahy is also an RYT 200 certified yoga instructor and presented her workshop “Mindfulness and Yoga for the Practice Room” at the American Single Reed Summit in October 2018. Recent engagements have included recitals and masterclasses at the Eastman School of Music and Lamar University, and at ClarinetFest 2019 in Knoxville, TN.

In the summer, Dr. Mulcahy serves as Coordinator of Summer Music Intensives for the Mason Community Arts Academy and is also the co-director of the Mason Summer Clarinet Academy. She can also be seen with the Wolf Trap Orchestra in the pit for Wolf Trap Opera productions, or on stage at the Filene Center accompanying a wide variety of acts. From 1999-2009, Dr. Mulcahy spent her summers in Chicago as second and Eb clarinet with the Grant Park Orchestra.

Previously, Dr. Mulcahy served as a clarinet instructor at the State University of New York at Fredonia. She holds the DMA and BM degrees from The Ohio State University and the MM degree and Performer’s Certificate from the Eastman School of Music. Her principal teachers have included James Pyne, Peter Hadcock, and Kenneth Grant. Kathleen Mulcahy is a Buffet Crampon USA performing artist.