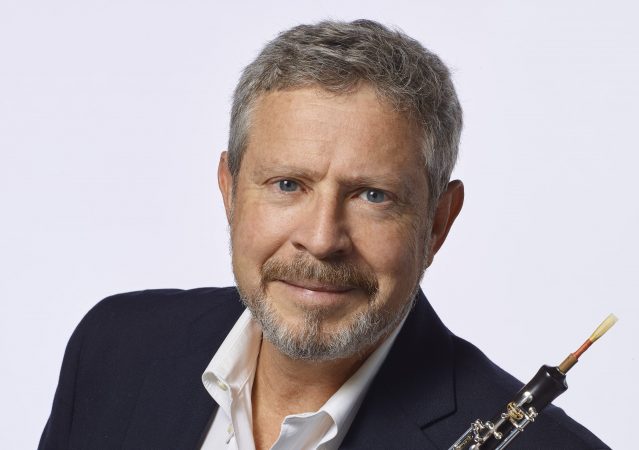 Jeffrey Rathbun became assistant principal oboe of The Cleveland Orchestra in 1990, and served as principal oboe from 2001-2003. Rathbun was previously a member of the Atlanta, San Francisco, Oakland, and Honolulu symphony orchestras. In 1988, he won first prize in the Lucarelli International Competition for Solo Oboe Players held at Carnegie Hall’s Weill Recital Hall, where he also gave his New York debut recital in April of 1990. In 2014, Rathbun was invited to serve as guest principal oboe in the San Francisco Symphony and perform on the U.S. Tour celebrating Michael Tilson Thomas’s 20th anniversary as Music Director. He continues to teach at Kent/Blossom Chamber Music Festival, and began as Lecturer in Oboe at Baldwin Wallace Conservatory and the Cleveland Institute of Music in the fall of 2006. Rathbun has been a visiting oboe professor at Oberlin and Indiana University, as well as giving master classes at Manhattan School of Music, Mannes, New World Symphony, and others. A graduate of the University of North Texas (B.M. 1981, Distinguished Alumni Award 2004) where he studied with Charles Veazey, and the Cleveland Institute of Music (M.M. 1983, Distinguished Alumni Award 2003) where he studied with John Mack, Mr. Rathbun is an active composer of chamber and orchestral works. His compositions are published by Theodore Presser Co., Jeanne Inc., and TrevCo Music Publishing. Orchestras performing his works include The Cleveland Orchestra, Atlanta Symphony, and the San Diego Symphony, and have been conducted by Christoph von Dohnanyi, Leonard Slatkin, Jahja Ling, and Franz Welser-Moest.