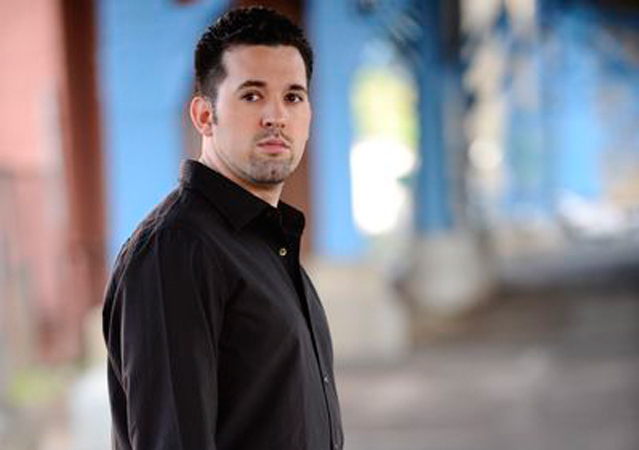 Currently the Resident Composer for the American Studio Orchestra, Jacob Yoffee is a concert & film composer based in Los Angeles. Recently he scored ‘Pawn’, an action-thriller starring Oscar-winner Forest Whitaker, Ray Liotta, Michael Chiklis & Common.Earlier this year he worked with director Rodrigo Garcia on three serial projects for the WIGS channel (starring Julia Stiles, Dakota Fanning and America Ferrera). And in June this year he scored ‘The Sibling’, a horror picture that stars Mischa Barton, Devon Sawa and the late-great Michael Clarke Duncan.In 2011 he worked with director Joel Soisson (Dracula 2000, Piranaha 3DD) scoring his ‘Children of the Corn : Genesis’ for the Weinstein Company. And at the end of the year he was contacted by director Hooman Khalili to score ‘Olive’ – the first feature film that was shot entirely on a cellphone. Starring Gena Rowlands (The Notebook, Skeleton Key) the film also features four original songs by Dolly Parton.Jacob’s concert music has been performed in several cities in the US as well as abroad at the Huddersfield Contemporary Music Festival, the Royal Academy of Music and on BBC Radio. Also a performer, Jacob was signed to Inner Circle Music Records in 2007, releasing his debut album, “Dead Reckoning.” The album’s release concert garnered an article featuring Yoffee in the New York Times and he was featured on the cover of Saxophone Journal magazine for his work.He holds degrees from the Peabody Conservatory of Music in Composition as well as Jazz Performance and a Master’s degree from New York University where he studied with Ira Newborn, Sonny Kompanek and Deniz Hughes. While at Peabody he studied with composers Morris Moshe Cotel, Christopher Theofanidis and the saxophone legend, Gary Thomas. In May 2012 he was awarded ‘Outstanding Recent Graduate’ from Johns Hopkins Universit