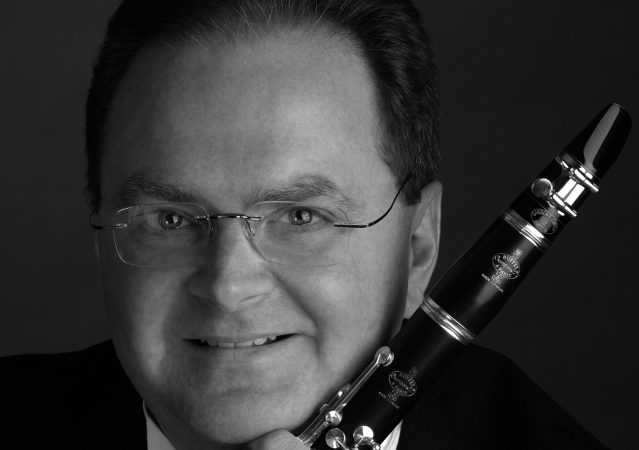 At age 24, Gregory Smith was appointed clarinetist with the Chicago Symphony Orchestra by Sir Georg Solti.Previously he was associate principal and E-flat clarinetist of the San Francisco Symphony Orchestra and principal clarinetist of the Sacramento Symphony Orchestra. Smith was also principal clarinetist of the Scotia Festival Symphony Orchestra, in Halifax, Nova Scotia, Canada, where he played under Music Director Pierre Boulez; and principal clarinetist of the Ravinia Festival Orchestra in Chicago.Nominated for a Grammy Award for best chamber music performance with the Chicago Symphony Winds, he is also the founding member of the Chamber Soloists of Chicago, heard locally as well as live on worldwide broadcasts from WFMT radio, Chicago.A participant in the Scotia Festival Music in Halifax, Nova Scotia, heard collaborating with members of the Lincoln Center Chamber Players, he also has been a featured guest artist on the Bay Chamber Concerts in Maine with members of the Vermeer Quartet. Smith has toured the United States under the auspices of Columbia Artist Management with the Chicago Symphony Chamber Players and has collaborated with such artists as Yefim Bronfman. He has regularly been a guest chamber musician and teacher at the Las Vegas Music Festival and at the Affinis Music Festival, in Tokyo. He can be heard internationally as a featured soloist and chamber musician on the CBC Radio, Canada.He has performed as well as lectured at the International Clarinet Association’s yearly ClarinetFest conferences held worldwide. He also played a two-month solo recital tour of six cities in Australia to critical acclaim and was artist in residence at the Victorian College of the Arts, Melbourne, Australia. He has also played recitals and given master classes in numerous cities in Asia, Europe and North America.Smith’s principal teacher has been Robert Marcellus. He has been visiting professor of clarinet at Northwestern University and at the University of Michigan, Ann Arbor and is presently clarinet professor at Roosevelt University’s Chicago College of the Performing Arts.A native Californian, he met his wife, Carol Lee, also a clarinetist, while they were both attending Northwestern University. Both were members of the Sacramento Symphony Orchestra. They have also performed together in the San Francisco and Chicago symphony orchestras on subscription concerts as well as on recordings as well as national and international tours.Smith and Carol Lee enjoy travel, hiking, and collecting old recordings. Smith has created his own handmade clarinet mouthpieces in the style of the famous vintage classics of the 20th century that are in great demand by many fine clarinetists worldwide.