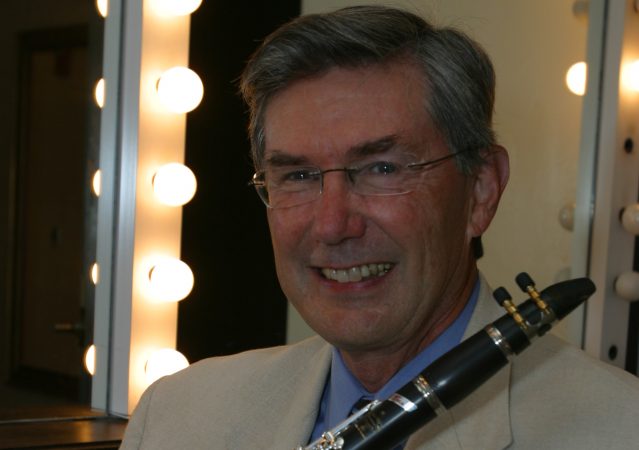 Fred Ormand, clarinetist, has been an important teacher and performer for over 60 years. He is a noted chamber musician, having performed with Chamber Music Northwest and the Music Academy of the West. As an orchestral musician, he has played with the Chicago, Cleveland and Detroit symphonies. Twenty-two summers were spent at Grand Teton Music Festival and there have been numerous performances at International Clarinet Fests.For over twenty years he headed up the clarinet program at the University of Michigan. Former students now play in the San Francisco and Boston symphonies and the Royal Danish Orchestra and hold important university clarinet positions around the country. He had a similarly long tenure at the Music Academy of the West, mentoring some of the most talented young clarinetists in the country.In retirement, Fred lives in Lawrence, Kansas, and pursues his other passion, golf!