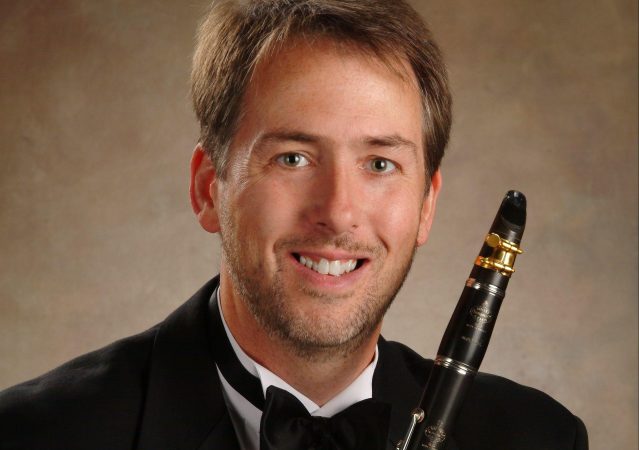 David Shea currently serves as an Associate Professor of Clarinet at Texas Tech University, and is also principal clarinet in the Abilene Philharmonic and Lubbock Symphony Orchestras. In addition to these duties, Shea is active as a recitalist and chamber musician, performing and doing master classes throughout the United States, Europe and South America. Recent performances include an appearance at the ICA Clarinetfest in Atlanta and chamber music concerts in Paris. As a member of Trio Montecino, Shea has been involved in the commissioning of new music for clarinet, cello and piano. The Trio’s first CD (self-titled, 2004) was critically acclaimed and plans for their second CD to be recorded in March 2007 will feature new music for Latin American composers. Trio Montecino has performed throughout the United States, South America and Europe.Shea was a finalist in the Boosey and Hawkes North American Clarinet Competition and was a concerto competition winner at the Oberlin Conservatory and the Colorado Springs Summer Music Festival. He has performed at the International Clarinet Association Clarinetfests in Chicago, Lubbock, Columbus, OH, Salt Lake City and Atlanta. Other conferences include the Oklahoma Clarinet Symposium, University of Montevallo Clarinet Symposium and the Texas Tech University Clarinet Festival, which he founded in 2001.In addition to his solo and chamber music performances, Shea is active as an orchestral clarinetist in the Lubbock Symphony and Abilene Philharmonic Orchestras, and has also played with the Indianapolis Symphony, Fort Wayne Symphony, Columbus Philharmonic, Champaign-Urbana Symphony and the Sinfonia de Camera. He has also been involved in numerous CD recording projects for Eroica Classical Recordings, Crystal, Naxos, Delos, Opus One, Indiana University Recordings and Hal Leonard Productions where he worked with such artists as Eugene Rousseau and the Indiana Clarinet Trio.As a teacher, Shea has been invited to do master classes throughout the United States. On two occasions he has been invited to teach at the Indiana University Jacobs School of Music as a sabbatical replacement, and was invited to do a mini-residency at the University of Colorado College of Music as part of a Big 12 Teaching Fellowship. Shea was a Creative and Performing Arts Fellow at the University of Illinois, an Indiana University Academic Fellow and was also recently awarded the Texas Tech University President’s Excellence in Teaching AwardShea has earned degrees from the Oberlin Conservatory (BM), Oberlin College (BA-Mathematics), the University of Illinois (MM) and Indiana University (DM). His teachers have been Howard Klug, Lawrence McDonald, Eli Eban, James Campbell and the late Ronald Phillips. David Shea is a Buffet Crampon USA Performing Artist.