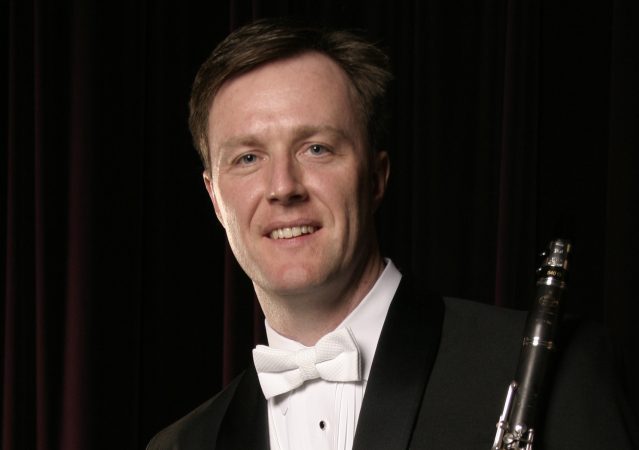 Acclaimed for “a remarkable technique, tone and lyricism”, D. Ray McClellan is Professor of Clarinet at the University of Georgia and a member of the Georgia Woodwind Quintet. Prior to his appointment at University of Georgia in 2001, he held professorships at James Madison University and Henderson State University, was clarinetist and soloist with “The President’s Own” United States Marine Band, and was an active orchestral player in New York City and Washington D.C. As a recitalist and concerto soloist, McClellan has traveled to Puerto Rico, Canada, Taiwan, Japan, Italy, Brazil, Kenya, Tanzania and the Czech Republic. He has been principal clarinetist of The Savannah Orchestra, guest principal clarinetist with the Augusta Symphony, Charleston Symphony, Alexandria Symphony, and the Garden State Philharmonic. His summer festival appearances include The Waterloo Festival, Great Woods Festival where he was principal clarinet under Michael Tilson Thomas and Montana Summer Music where he performed with the Ying Quartet. McClellan performed recitals at the International Clarinet Convention in 2005, 2006, 2007, 2010 and 2014. He has performed concertos with the “The President’s Own” United State Marine Band and as well as the USMB Chamber Orchestra, The Augusta Symphony Orchestra, The Queens Philharmonic, The String Orchestra of the Rockies, Orquestra Sinfonica de Goiânia and numerous university orchestras and wind ensembles. He has recorded solo and chamber music discs with ACA Digital and the Clarinet Concerto by Gerald Finzi with Phoenix USA. A reputable pedegogue, McClellan co-founded the Clarinet Academy America and teaches master classes nationally and internationally. Many of his students occupy clarinet positions in orchestras, U.S. premier military bands and universities.McClellan holds his bachelors, masters and doctorate degrees from The Juilliard School where he studied with world-renowned pedagogue David Weber. A Co-Artistic Director and Host of ClarinetFest® 2006 in Atlanta, McClellan is an Artist/Clinician for Buffet Crampon clarinets. He enjoys tennis and lives in Athens, Georgia with his wife and four children. He can be found on the web at www.draymcclellan.com.