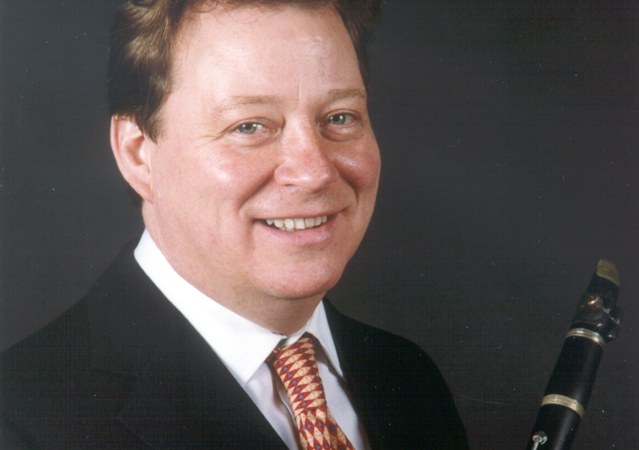 Andrew became principal of the London Symphony Orchestra in 1986 following the footsteps of the late Jack Brymer. During his orchestral career he has also maintained his place on the worldwide solo concert platform alongside an active role in the field of chamber music.

He first played with the LSO in 1977 under Sergiu Celibidache and as guest principal on their 1983 world tour. He later also became principal clarinet of the Academy of St. Martin-in-the-fields.

As a soloist Andrew has been a regular performer in London, both at the Barbican and the Royal Festival Hall. His extensive career abroad has taken him to La Scala Milan, La Fenice Venice, the Musikverein in Vienna and across the USA and Australia, recently to Melbourne for Concertos by Mozart and Douglas Weiland with the Melbourne Chamber Orchestra.

He has also enjoyed playing with many other international groups over the years: these include the Chilingirian, Lindsay, Endellion, Moscow, Warsaw, Orlando, Sine Nomine and Belcea string quartets. He has also worked with some of the most distinguished individuals in the world of chamber music such as Alfred Brendel, Andre Previn, Andras Schiff, Lynn Harrell, Stephen Isserlis, Emmanuel Ax, Hélène Grimaud, and with the late Vlado Perlemuter and George Malcolm.

Andrew has recorded the core solo and chamber clarinet repertoire with various record companies including Philips, EMI, Chandos and Collins Classics. His concerto appearances are regularly broadcast by the BBC. Recent recording projects include Ronald Corp’s Clarinet Quintet with the New London Orchestra and Howard Blake’s Clarinet Concerto with Sir Neville Marriner and The Academy of St Martins in the Field for Pentatone, due for release in 2013.
Andrew is in demand as a teacher and woodwind consultant and gives masterclasses, coaches orchestras and adjudicates competitions all around the world. He is visiting Professor at the Royal Academy of Music, and was awarded an Hon. Ram in 1996.