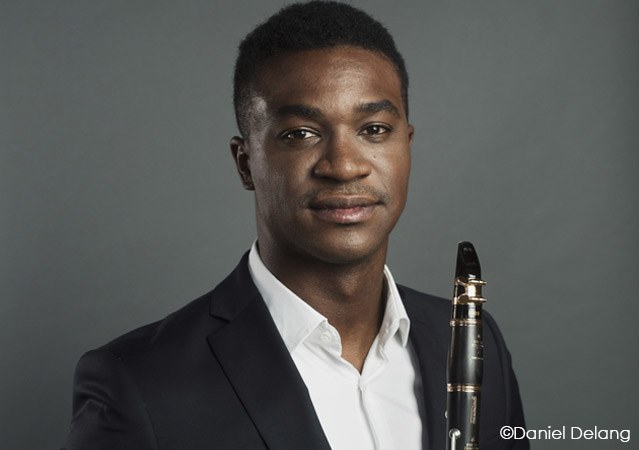 Born in Porto, Carlos Ferreira started playing music in his hometown Wind Band, Banda de Vilela, at the age of 5.

He studied with José Ricardo Freitas for 10 years in ARTAVE and Academia José Atalaya in Fafe before entering in the prestigious Escola Superior de Música e Artes do Espectáculo (Porto – Portugal) in the Clarinet Class of Nuno Pinto.

He then he studied in Madrid at the Escuela Superior de Música Reina Sofía  with the teachers Michel Arrignon and Enrique Pérez Piquer in a post graduation program. He subsequently enrolled in a Master Diplom at the Conservatorium van Amsterdam with Arno Piters and at the HEMU in Lausanne with Florent Héau.

Carlos Ferreira has won numerous awards, including a 3rd Prize and the Audience Prize at the prestigious Concours de Genève in 2018, the 2nd Prize at the ARD Musikwettbewerb in 2019, and the WEMAG Soloist Prize at the Festspiele Mecklenburg Vorpommern in 2021.

Currently, Carlos Ferreira is the Principal Clarinet of the Orchestre National de France.