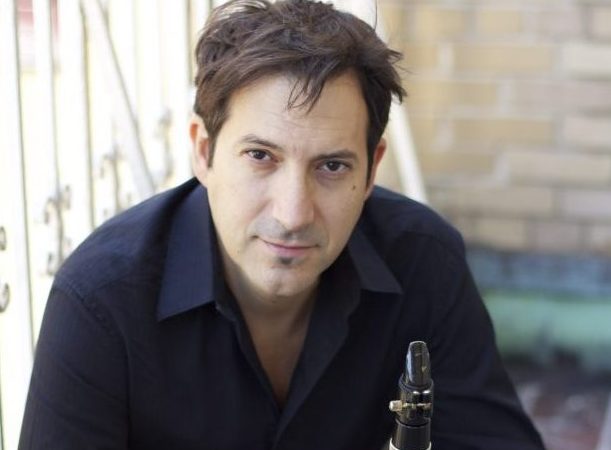 In May 2001, Pascual Martinez Forteza joined the New York Philharmonic as second clarinet. Prior to it, Mr. Martinez Forteza held the second clarinet at the Cincinnati Symphony Orchestra from 1998, also serving as an active associated principal during the 1999-2000 seasons. In 1991, at age 18, he joined the Baleares Symphony Orchestra for 7 years as a second clarinet, having also served as a principal clarinet in many performances. Mr. Martinez Forteza has appeared regularly as soloist, recitalist, and clinician. He performed with numerous leading artists and frequently plays with other New York Philharmonic musicians in Avery Fisher Hall, Merkin Concert Hall, Carnegie Hall, among others. He started playing together with Spanish pianist Gema Nieto in 2004, having already played recitals in Asia, Europe and USA. As a soloist he played the Mozart Clarinet Concerto with the Baleares Symphony Orchestra at the Bellver Castle of Mallorca. In 2001, he founded Vent Cameristic, a music band constituted by his colleges who are professional musician that held important chairs in Spanish Orchestras. As a soloist with Vent Cameristic, he played every summer at the Conciertos d’estiú in Valencia, pieces like the clarinet concertos by Carl Maria Von Weber, Mozart and Artie Shaw, Concerto for two clarinets by F. Krommer, Rigoletto Fantasy by L. Bassi, among others. The Spanish National Radio (RNE) recorded all those performances, and in 2003 a CD was edited with selections of all his performances. Pascual Martinez Forteza has made recordings for different radio stations and TV channels in China, Spain and USA. He was invited to take part of the International Clarinet Festival of Chanchung, China in 2004, where he gave master classes and played a solo recital live TV broadcast with pianist Gema Nieto. In 2005, he founded, together with Ms. Nieto, the Benifaio Music Festival. A festival where they invite other colleges from the New York Philharmonic for a week-long masterclasses and concerts in Spain. In 2001 he was invited, together with important people of the clarinet world like Walter Boykens to be part of the Jury at the pretigous Dos Hermanas International Clarinet Competition in Seville, Spain. He served on the faculty of the Santanyi Music School in Spain, and gave master classes at the Balearic Music Conservatory, New Jersey Clarinet Symposium, University of Southern California, Mannes School of Music, Manhattan School of Music and Julliard School.His interest and dedication to children has brought him to take active part of the Education Department of the New York Philharmonic, working with kids and teaching them music. He also took part in several occasions in the children show The Hare and the Turtle and Androcles and the Lion with the Prentheses Theater Company. Mr. Martinez Forteza collaborates with the School Partnership Program of the New York Philharmonic doing workshops for students co-taught with schools’ teachers. Also, for 2 consecutive years he coached the woodwind section of the New York Youth Orchestra. Meet the Musicians, a children dedicated book by Amy Nathan, is a collection of interviews with 15 musicians from the New York Philharmonic –in were one of the chapter is full dedicated to Pascual Martinez Forteza- that presents an in-depth look at what it takes to become a professional musician. Born in Palma de Mallorca (Spain), Mr. Martinez Forteza started playing clarinet at age 10 with his father Pascual V. Martinez, Clarinet teacher of the Baleares Conservatory of Music and principal clarinet at the Baleares Symphony Orchestra for 30 years. After earning the Master’s degree from the Baleares and Barcelona Music Conservatories, Mr. Martínez Forteza pursued Advanced Studies at the University of Southern California in Los Angeles with teacher Yehuda Gilad, where he won first prize in the University’s 1998 Concerto Competition. He has participated in many different festivals and summer camps in Europe, with remarkable teachers such as Andrew Marriner, Anthony Pay, Enrique Perez, Michele Zukovsky, Mitchel Lurie, and Walter Seyfarth.He is a Buffet Crampon artist since 2006.